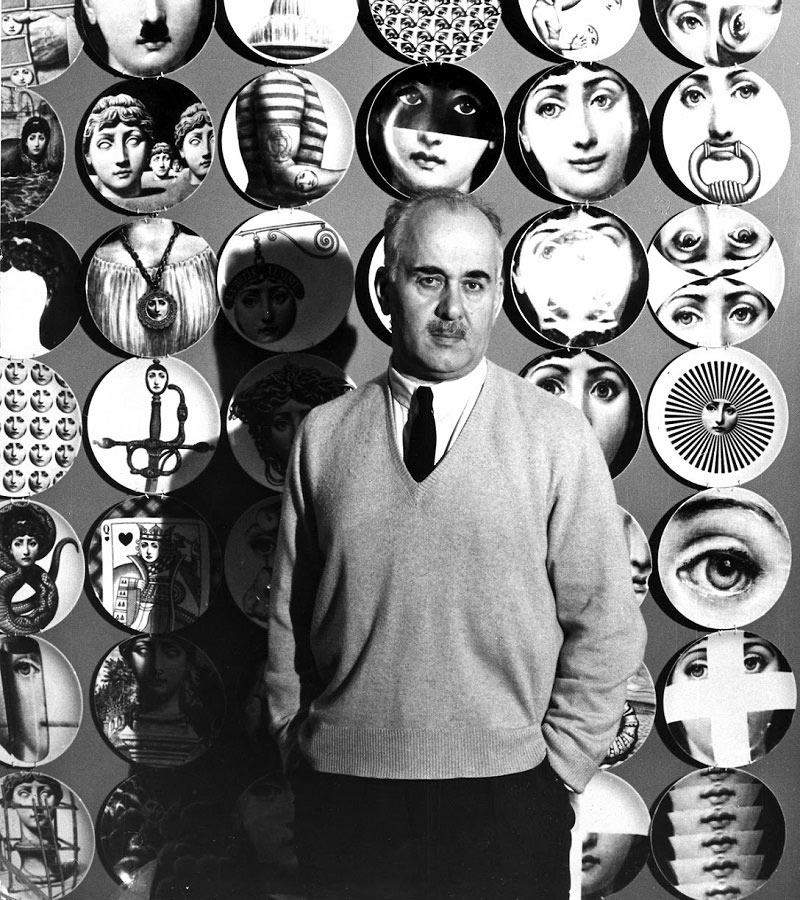 One of the most prolific figures of the 20th century, Piero Fornasetti (Milan, 10 November 1913 - 15 October 1988) was an Italian eclectic artist, characterised by an unstoppable creative flair.

Although Fornasetti was an important figure in the Italian industrial design culture, his name is now best known on the international design scene than in any other industry. He was an artist actively involved in painting, drawing, graphic design and product design. In the course of his artistic career he created over 13,000 works and he was responsible for one of the largest distribution of pieces and furniture of the 20th century, thanks less to the number of copies of individual pieces and more to the diversity of his creations. Most inspired by Piero della Francesca, Giotto, paintings from Pompeii, Renaissance frescoes and metaphysical painting.

In the 1950's, Piero Fornasetti founded the well known design and decorative arts atelier in Milan, Fornasetti, which today, is under the artistic direction of his son Barnaba Fornasetti. One decisive factor in starting this activity was meeting Gio Ponti, who encouraged him to follow his intuition which was to produce everyday objects enriched by the kind of decorative detail that would bring art into ordinary people's homes. Thus the Fornasetti atelier was born, now internationally renowned for the production of finely crafted furniture, home accessories and precious porcelains. They are conversational pieces, but at the same time objects to be used in the every day.

As an artist who was ahead of his time, establishing himself as a significant figure in contemporary culture, Piero Fornasetti holds the merit of having contributed, through his work, to renewing taste and creating a unique and immediately identifiable style. Postmodern before the term existed, Piero Fornasetti moved from canvas to page to furnished spaces, blurring perspectives, inventing trends and giving life to a form of decoration and design that could be printed on any surface, from walls to furniture and everyday objects. 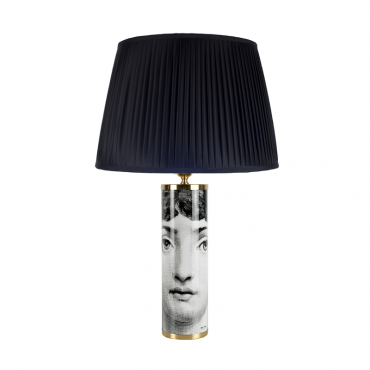