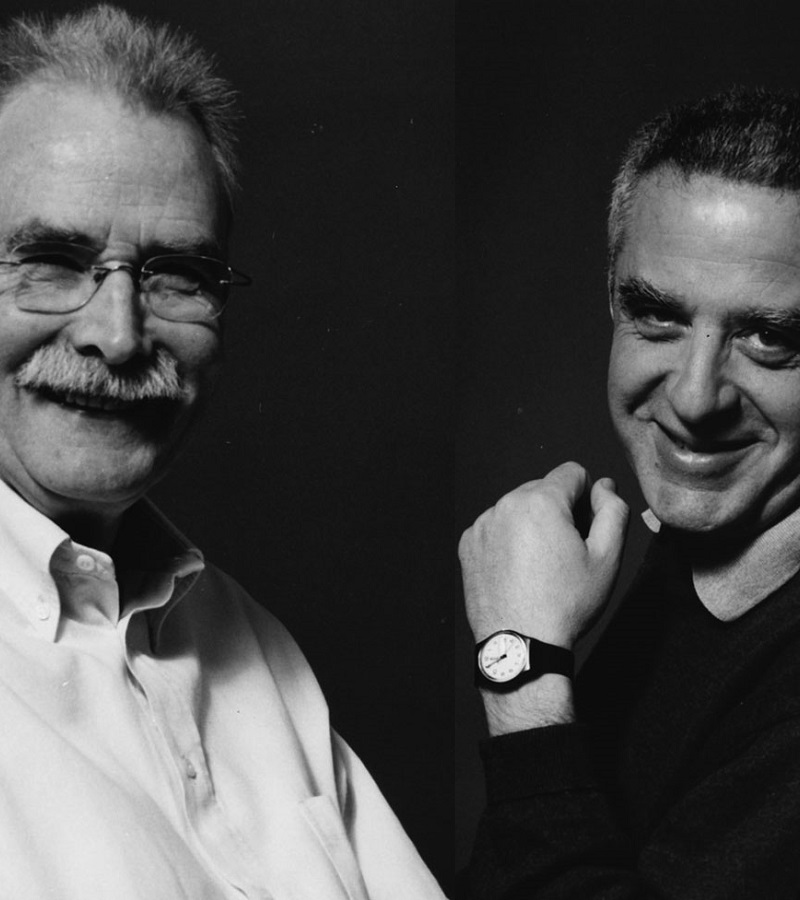 King & Miranda Design is one of the world's most successful industrial design studios. Its creations use technology and industrial methods in new ways. It has a poetic nature, and is very often humorous. For King & Miranda, design requires attention not only to the technical and financial aspects, but above all to cultural and sociological facets. They believe in contemporary design, beyond any ideology.

The collaboration between Perry King, an Englishman and Santiago Miranda, a Spaniard, began in the 1970s. King began designing office machines and furniture for Olivetti in 1965 and created the famous Valentine typewriter with Ettore Sottsass. In 1972 he began to co-ordinate the Olivetti corporate identity programme. Miranda studied in Seville and transferred to Italy in 1971 where he worked as a designer and also as a consultant to Olivetti. In 1976 they founded their studio together designing objects, furniture, lighting, computers, interfaces and consumer electronics as well as interiors and exhibitions for clients in Europe, Japan and the United States.